It’s been an exciting start to my time as the new Development Coordinator for Manchester Cares, involving a tube slide, a theatre trip and daytime dancing. I’m thrilled to be part of the team and I wanted to share some of my favourite moments from my first few weeks and explain why I feel that the work we do is so important. 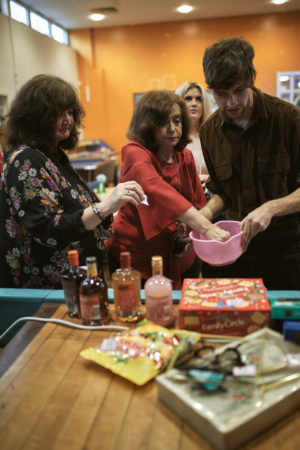 I consider Manchester to be my adopted home. After studying at the University Of Manchester, I fell in love with the vibrant and diverse community and the warm, witty and fun-loving spirit of Mancunian people. However, though I’ve now lived here for six and a half years, it’s only in the last couple of years that I’ve come to consider Manchester my home rather than merely the city I came to study in.

This is because university life often feels isolating. I was led to believe that locals ‘didn’t like students’ and I rarely had the opportunity to interact with those outside of the student bubble. Even after university, I often felt like an outsider; I mainly worked and socialised with ex students and rarely ventured outside of student areas. It was when I got involved with the local music scene and worked with local people that I truly felt that Manchester is a welcoming community of people - from all over the world - with an array of backgrounds. It was when I found a local community that i felt like I belonged. 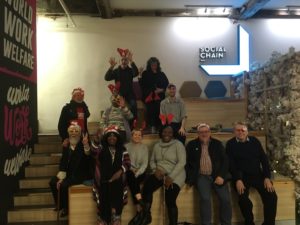 Manchester Cares does vital work in building community in a rapidly changing city. Manchester is a city of perpetually looming cranes, expanding city limits and seemingly endless new cafes, bars and shops. This makes it an exciting place to live, buzzing with opportunities - but it can also be extremely isolating. Older people with deep roots here can feel like they’re less and less a part of the city that they grew up in, and younger people like me can feel like their part of an invasive wave of gentrification rather than new members of a thriving community. Manchester Cares gives these people an opportunity to socialise together and builds bridges between generations.

My highlights of my first few weeks with Manchester Cares have been meeting the older and younger neighbours in Manchester and attending social clubs. The 2nd Birthday Party had me dancing with a packed room of people at 3 o'clock in the afternoon in a scene that the Hacienda would have envied! I’ve enjoyed a fantastic trip to Home to see the ever inventive 1927 theatre company perform their new show 'Roots'.

Perhaps best of all was the workplace visit to The Social Chain, as it was a fantastic example of how Manchester Cares brings older generations together with those at the face of change. With a slide into a ball pit, an in-office bar and a jungle themed work area, The Social Chain is the kind of workplace that is completely new to me, let alone someone who is now retired. The older neighbours completely threw themselves into the experience however and were warmly received by the hospitable colleagues at The Social Chain. Some were even brave enough to try out the slide! 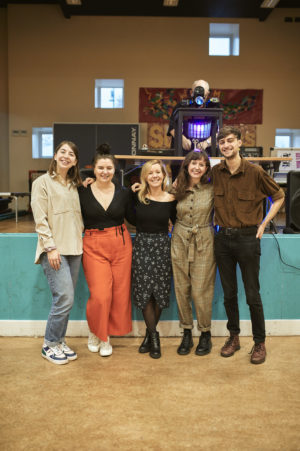 As Development Coordinator, my role is to oversee fundraising activities for Manchester Cares. I’ll be organising fundraising events, connecting with businesses for workplace visits and helping our amazing volunteers to run bake sales and marathons in aid of the charity. If you want to get your workplace involved, take on a challenge or have any other ideas about how we could fundraise, I’d love to hear from you. I’m excited to help expand our community!

Rob coordinates and manages the fundraising strategy for Manchester Cares, and is a cheerleader for our fundraisers, donors and supporters.