Older neighbour Tony has been curating playlists for the Manchester Cares' community since March 2021. Here is another wonderful collection, featuring a selection of artists beginning with the letter ‘A.' “Here” was the debut single by Canadian singer / songwriter Alessia Cara. She has received nominations for four Grammy Awards, including a win for Best New Artist in 2018.

Aldous Harding is from New Zealand. One of the first musicians who came across her was New Zealand folk-pop singer / songwriter Anika Moa, who asked Harding to play support for her that night after finding her busking outside the venue she was about to play at. "Party” which was nominated for Impala's European Album of the Year Award. Ala Ni was born in London to Grenadian parents. She grew up listening to everything from cabaret to calypso. Her great uncle, Leslie “Hutch” Hutchinson, was one of Britain’s most popular singers in the 1920’s and 30’s, and her father played bass in a reggae band. 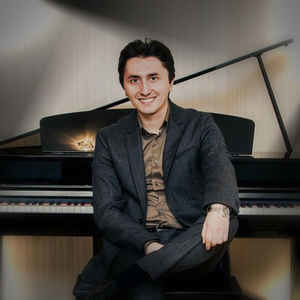 Akshin Alizadeh – Down The Street Akshin Alizadeh is an electronic music producer and composer from Azerbaijan. Playing violin and piano since the age of six, he is strongly influenced by funk / nu jazz genres. He combines funky grooves, soulful vibes and live instrumentals with punchy hip hop beats