The theme this week is 'political' so plug in, and listen to this collection of songs that bring together music and activism.

Keron Salmon chose the name Kabaka Pyramid, named after a former Ugandan king when he left Jamaica for Fort Lauderdale where he began rapping and making beats. He seamlessly combines roots reggae with conscious hip-hop. On this song he teams up with Stonebwoy from Ghana. 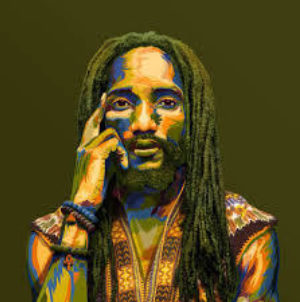 The infamous detention centre, Yarl’s Wood, has gained a huge amount of media attention for allegations of human rights abuses, degradation of detainees by staff and hunger strikes by those held there. It has become a key national rallying point for activists campaigning against deportations of asylum seekers and other migrant people, as highlighted in the recent Windrush scandal. The track is in Arabic and English. 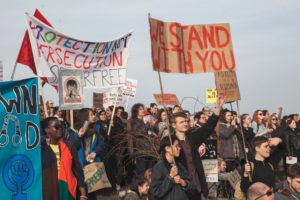 ÌFÉ – Prayer For Oduduwa Ife produce music which is wilfully out of genre, yet focused and clear which makes it so compelling. The deep sense of spiritual intent is part blessing, part adoration and part manifesto. They move seamlessly from English to Spanish to Yoruba. If you haven’t got their album “Edgy-Og-Beh” you’re missing out.