This “classic rock” selection features the following tracks. If you are playing air guitar, don’t spill that coffee! 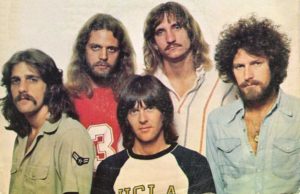 "Hotel California" is the title track from the Eagles' album of the same name and was released as a single in February 1977. The Eagles' original recording of the song concludes with an extended section of electric guitar interplay between Don Felder and Joe Walsh.

The song is considered the most famous recording by the band, and in 1998 its long guitar coda was voted the best guitar solo of all time by readers of Guitarist.

Steely Dan – Reelin’ In The Years

The guitar solo on the original recorded version, by session player Elliott Randall, was recorded in one take. It has reportedly been rated by Led Zeppelin guitarist Jimmy Page as his favourite solo of all time, and he scored it 12/10. The solo was ranked the 40th best guitar solo of all time by the readers of Guitar World magazine.

The song was written in the 1960s by the group's keyboard player and singer, Dave Bentley. Believing his vocals were not correct for the song, Bentley brought in Rod Stewart. Before being successful with the Faces or in his solo career, Stewart was recruited as a session musician for the song and paid by being bought a new set of seat covers for his car.

The song was originally issued in October 1970, but did not make the charts. It was re-released in 1972, following the rise to stardom by Rod Stewart, and reached number 3 in the UK charts. 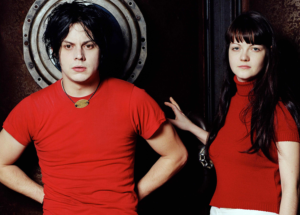 "Seven Nation Army" played a significant role in the White Stripes' popularity as this was a career-changing hit. The song is driven by a great riff that resembles the sound of a bass guitar. This version is a mashup.