Jim (90) and Becky (24) have been hanging out through our Love Your Neighbour programme, which introduces younger and older neighbours in their local community for company, conversation and laughter. We caught up with them to celebrate their one year “Friendaversary”, to hear about some of their other ‘firsts’, and to find out what makes their friendship so special a year in. 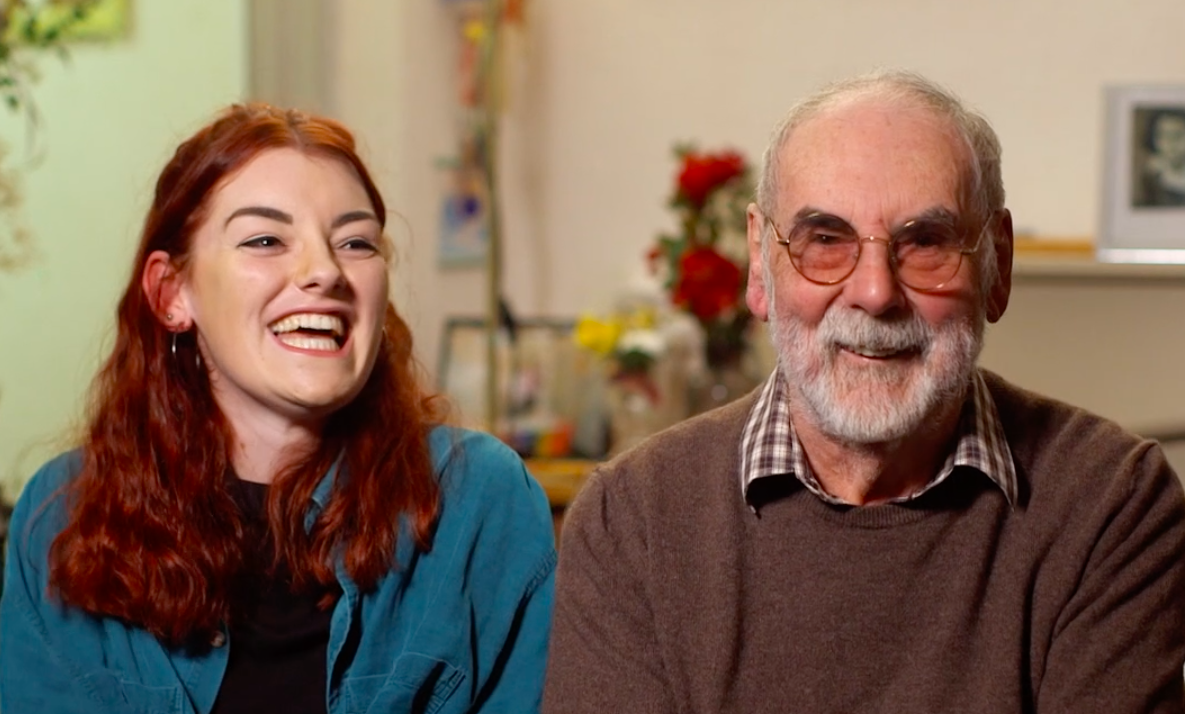 The First Record You Bought

Jim: The very first one, having brought a record player, was in the 1940s. It was for my father because he used to sing when he was a boy and it was Paul Robeson, Ol’ Man River. Which was then my favourite musical.

Becky: This is a distinctly less romantic story than yours but I remember saving up money - my grandma used to give us pocket money. We went to the Trafford Centre, and I bought Natasha Bedingfield Unwritten from HMV on CD, which I still stand by is a good song! 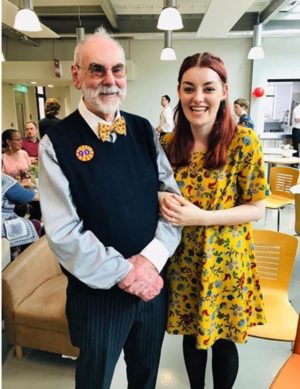 The First Movie You Saw

Jim: I can’t name the movie but I can recall the first time going to the cinema, I would have been quite a small boy as the film was silent. And it was also sepia, which is why I am an artist now. It was very noisy I remember, everybody was talking because there was no sound and not very nice.

Becky: This is what I love about our friendship, we have had such different experiences. You forget that about a silent film, it doesn’t occur to you does it that everyone would be chatting!

Jim: I know, but things did brighten up and then I became a big fan. 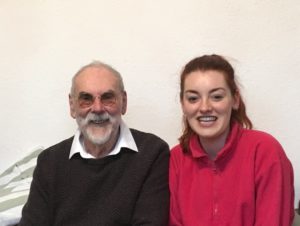 Your First Memory of Manchester

Becky: There is probably more as a child, like the Trafford Centre but when I moved to Manchester from Liverpool, it was meeting my best friend Maisie. We met on our first day, and we got on really quickly and even though she doesn’t live here anymore she is completely associated with Manchester for me. I remember us going to Ikea, in Ashton and it was really exciting buying things for our new house.

Jim: When my brother was born and we lived in Hulme, we lived in the back streets. My parents had a shop and my father had a horse and cart - this was in about 1933 - and I remember going out with my father on his deliveries and sitting on the front with him. 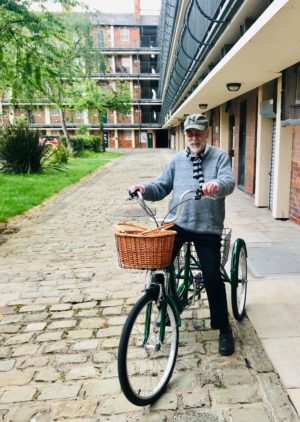 Best Thing About Your First Year of Friendship?

Jim: When I joined Manchester Cares I was very nervous as I have always mixed with people my own age, however that didn’t last very long with Becky. It’s been lovely, well and truly lovely!

Becky: My favourite part of our friendship is when we discover things we have in common, things that you wouldn’t expect, which I would say, we probably find something out most weeks. And we can chat about everything and anything!

Jim: It is also lovely to hear about family!

Becky: Jim is also always learning, from completing his MA in his 80s, to learning to ride a tricycle in his 90s, he is an inspiration.

Read more about Jim and Becky’s friendship read our last catch up with here. And if they have inspired you to get involved sign up to attend one of our inductions here - You won’t regret it!